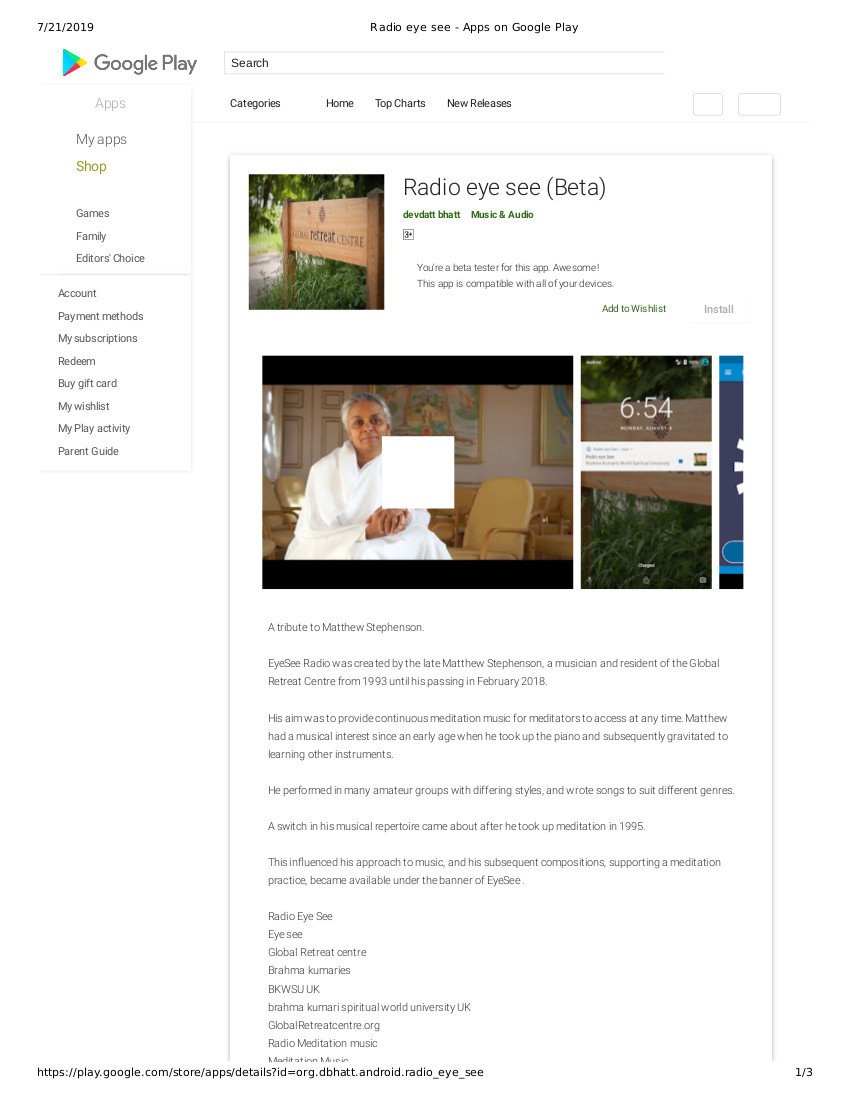 EyeSee Radio was created by the late Matthew Stephenson, a musician and resident of the Global Retreat Center from 1993 until his passing in February 2018.

His aim was to provide continuous meditation music for meditators to access at any time. Matthew had a musical interest at an early age when he took up the piano and subsequently gravitated to learning other instruments.

He performed in many amateur groups with differing styles, and wrote songs to suit different genres. A switch in his musical repertoire came about after he took up meditation in 1995.

This influenced his approach to music, and his subsequent compositions, supporting a meditation practice, became available under the banner of EyeSee .

This app is tribute to late Matthew Stephenson